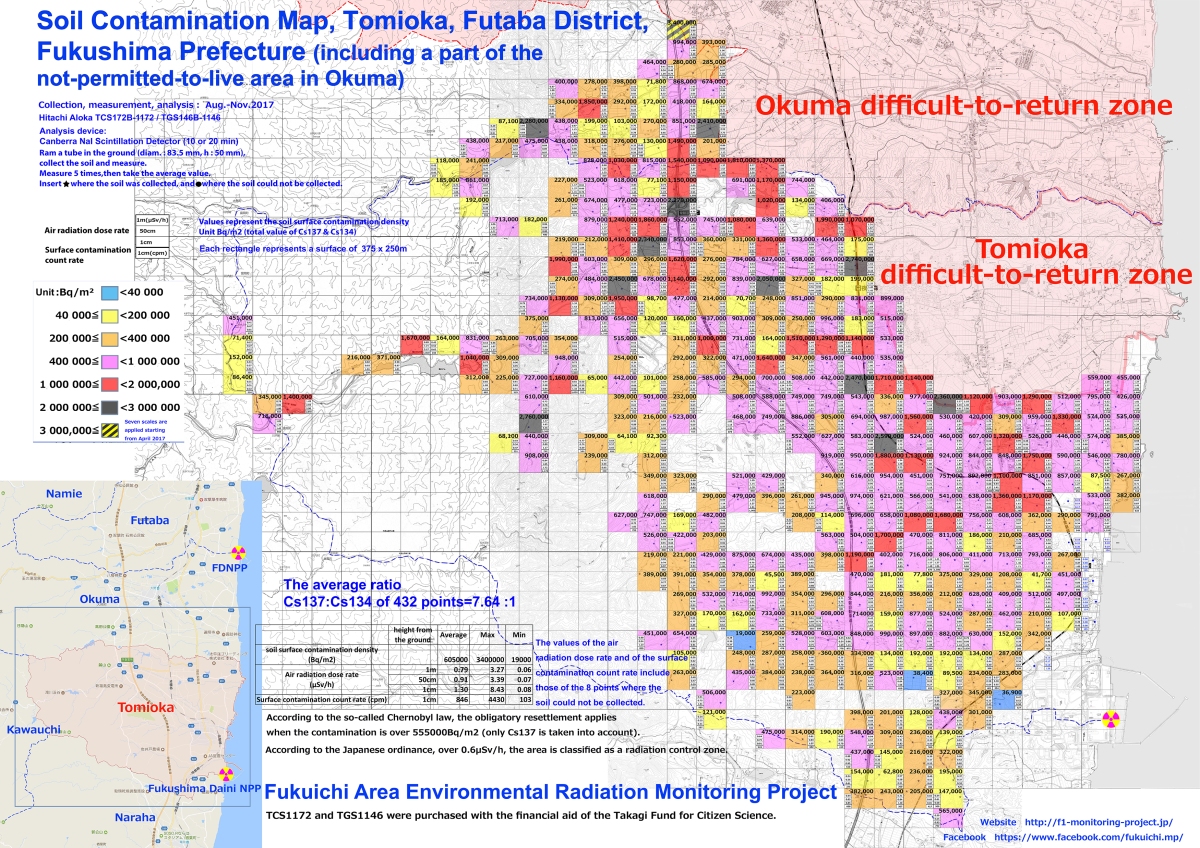 We are publishing the most recent map of the soil contamination made by the “Fukuichi area environmental radiation monitoring project“. 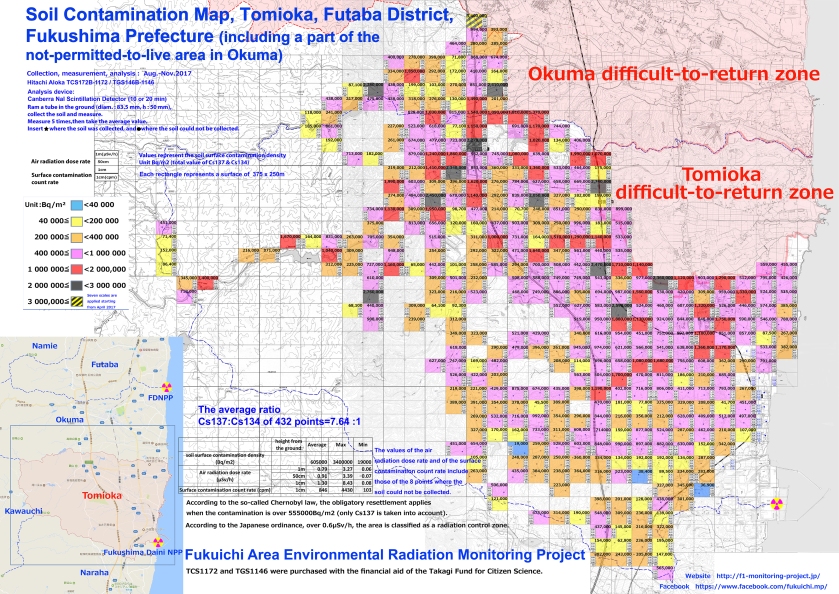 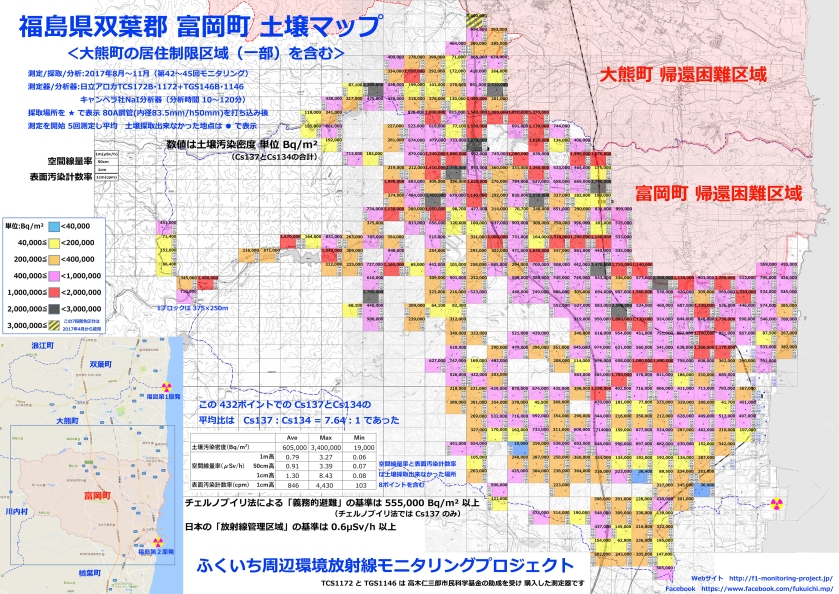 We have published several soil contamination maps of the “Fukuichi area environmental radiation monitoring project” in this blog (see maps of Namie, Minamisoma 1 & 2 ). Normally, the government should carry out the measurements, but the government relies on the air radiation dose measurements at the expense of the radio-contamination measurements found on the surface and in the air (in terms of the volume of radioactive substances). To fulfill the lack of this essential information for the radioprotection of the population, civil groups conduct soil measurements.

END_OF_DOCUMENT_TOKEN_TO_BE_REPLACED

We have published several articles in this blog saying that to protect the population the Japanese goverment should take into account the soil contamination as well as the radiation dose in the air.  The policy to open the evacuation zones and encourage the population to return to live there (with the end of financial compensation and relocation aid) is based only on the airborn radiation dose measurements (the evacuation order is lifted when the radiation dose is under 20mSv/year).  We have been saying that this is very dangerous, even  criminal, for the air radiation dose rate (indicating the amount of radioactive dose received by a person within a certin period time) is useful with a well-identfied fixed source of radiation, but is not adequate to reveal the overall environmental contamination after a nuclear accident. It doesn’t account for the internal radiation exposure induced health hazards (note 1).

Now we would like to point out another problem related to hotspots: it is nearly impossible to find hotspots by the usual measuring practice of the airborn radiation dose rate (in sieverts per unit of time).  To illustrate this difficulty, we are translating here a Facebook post of Mr Yoichi Ozawa of the citizen’s measurement group named the “Fukuichi Area Environmental Radiation Monitoring Project“.

END_OF_DOCUMENT_TOKEN_TO_BE_REPLACED 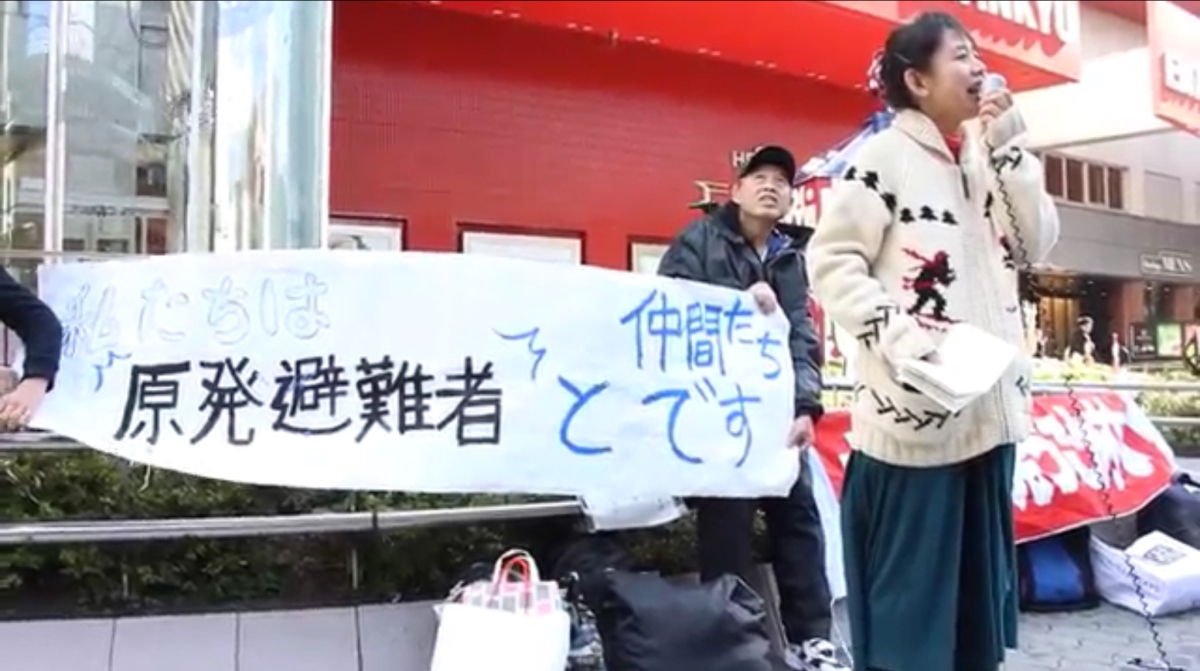 Listen to her testimony (in English).
She evacuated from Tokyo to Kobe in west Japan to protect her daughter.
The contamination does not stop at the Fukushima department border. Tokyo is also contaminated.

END_OF_DOCUMENT_TOKEN_TO_BE_REPLACED 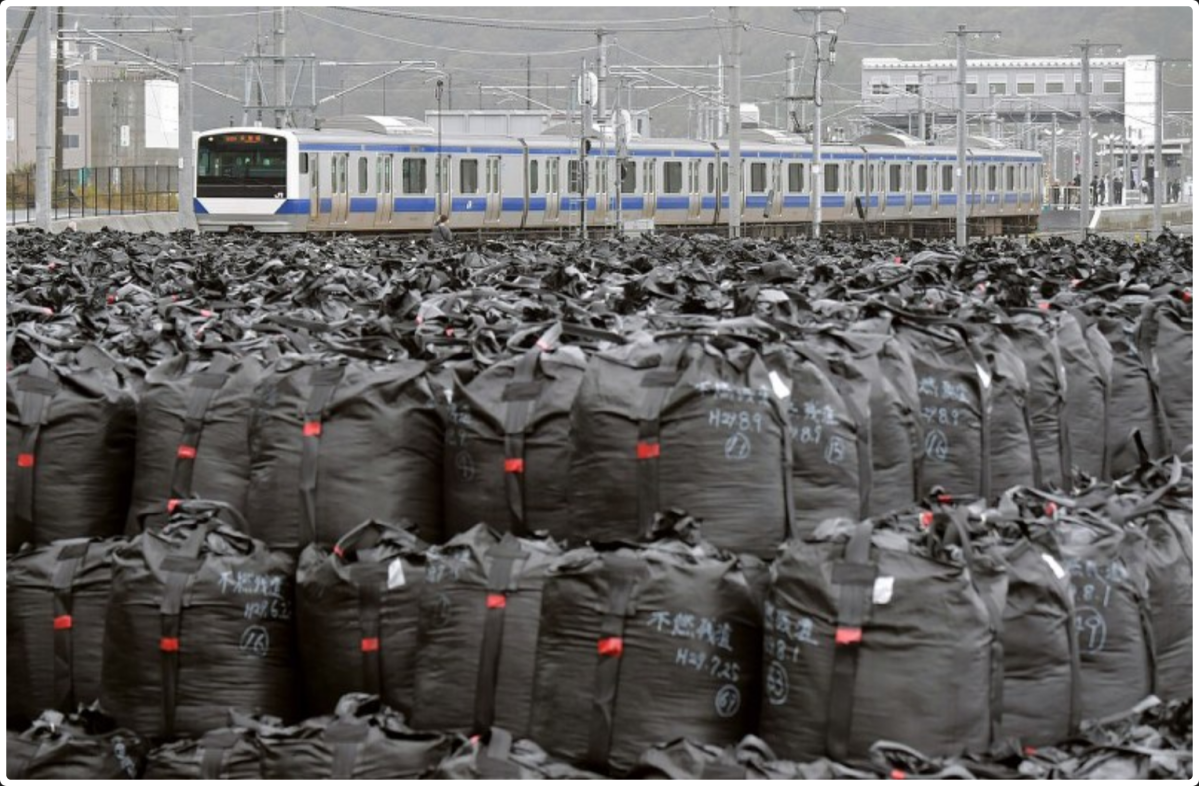 Facts are disappearing from the media  報道から消えていくファクト

When we are outside of Fukushima, or of Japan, it is difficult for us to realize to what extent it has become difficult to speak of radio-contamination and the risk of exposure.

To illustrate this, we are reporting on the case of a photo replacement in the Mainichi Shimbun. This took place only in the Japanese edition. The original photo seems to have remained in the English edition.

On October 21, the Mainichi Shimbun reported the reopening of a part of the JR East line under the title: “JR East partially reopens line halted since 2011 nuclear disaster“. In this article, the Mainichi published a photo of a train leaving the newly opened Tomioka station. (If it is impossible to open the article, here is the web archive).

END_OF_DOCUMENT_TOKEN_TO_BE_REPLACED

On September 5, 2017, Minami-soma city made a statement on the city’s radiation levels compared to 3 cities in West Japan, which has been reported in several newspapers. It’s important to comment on this study because the statement is intended to persuade the population to return to live there.

We are publishing comments on the articles below after having discussed with M. Ozawa of the citizen’s measurement group named the “Fukuichi Area Environmental Radiation Monitoring Project“. For English speaking readers, please refer to the article of Asahi Shimbun in English. For our arguments we refer to other articles published in other newspapers – Fukushima Minyu and Fukushima Minpo – which are only in Japanese.

END_OF_DOCUMENT_TOKEN_TO_BE_REPLACED 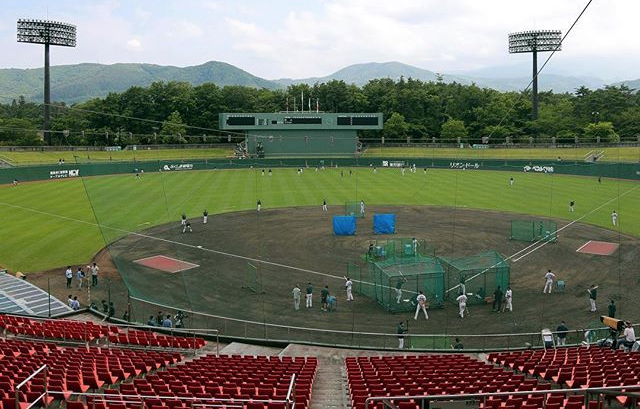 Fukushima city is going to host Olympic baseball and softball games in 2020.
What is the level of radio-contamination there? This is the question on everybody’s mind, spectators and players from all over the world. Is it really safe?

END_OF_DOCUMENT_TOKEN_TO_BE_REPLACED 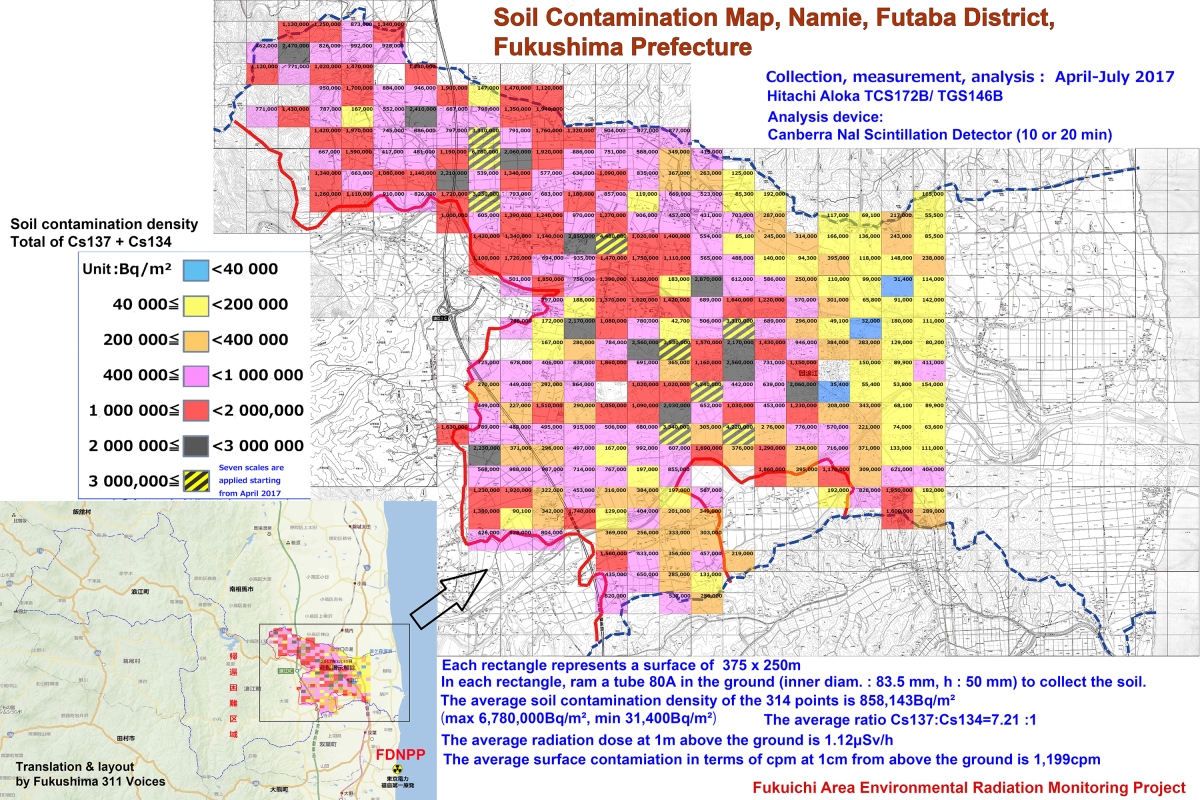 The evacuation orders of the most populated areas of Namie, Fukushima were lifted on March 31, 2017.
We are publishing the most recent soil surface density map of Namie created by a citizen’s measurement group named the “Fukuichi Area Environmental Radiation Monitoring Project“. Their members are mainly from Tokyo metropolitan region.